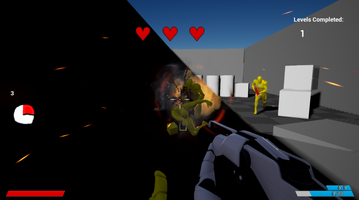 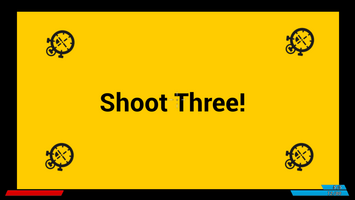 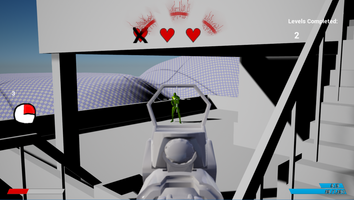 Hey all, Lisa here, I decided to write up a little post-mortem about FPSWare from my perspective. I hope you enjoy it!

The concept for this game popped up several years ago in a twitter conversation (I think it was twitter?) between me, Jan Willem Nijman, and Brendon Chung where "Warioware but a shooter" came up as a concept. I really liked the idea and resolved to do it for the next 7DFPS, which happened to take 4 years before re-occuring. I was intrigued by the idea of exploring these hyper specific shooter moments in isolation, and what sorts of scenarios might come from that. Plus I was a huge WarioWare fan. It just seemed like a fun concept to explore.

I know that exploring the concept and getting the base system of level switching would take a lot of time, so I used FPS Game Starter Kit for all the basic shooter needs. This is an excellent blueprint template kit for jumping straight into really basic FPS prototyping. I know that for a lot of folks a big draw of 7DFPS is building the base shooter mechanics from the ground up, but I do that stuff every day at my real job so I wanted to expedite jumping right into the bit of exploration I was interested in.

I also knew that I wanted to set up the project in such a way that it would be easy to just build a standalone map and then add it into the full system. Based on my last 7DFPS experience with Verticorpse, I knew that once I got deep into the land of systems design that I wouldn't have a lot of time to make maps, so setting up the project so that it was easy for other folks to jump in and help build map scenarios was key.

I got the base loop in really early and was able to spend most of the jam fleshing that out, and lots of other people jumped in to contribute levels, music, graphics, and other assets. I think the idea of "FPS WarioWare" is a simple pitch, and level designers seem intrigued to try making stuff under such rigid constraints. Plus the map requirements are simple and small. I also think I successfully made a set of macros and systems that made it easy to just take peoples' maps and hook them into the system.

Unreal is one of my favorite tools. Once you get over the complexity learning curve, it tends to be a well-documented and customizable joy to use. In spite of my scripting background, I'm a big fan of blueprints. However, by the end of the jam my core level manager was starting to look like a spaghetti nightmare monster 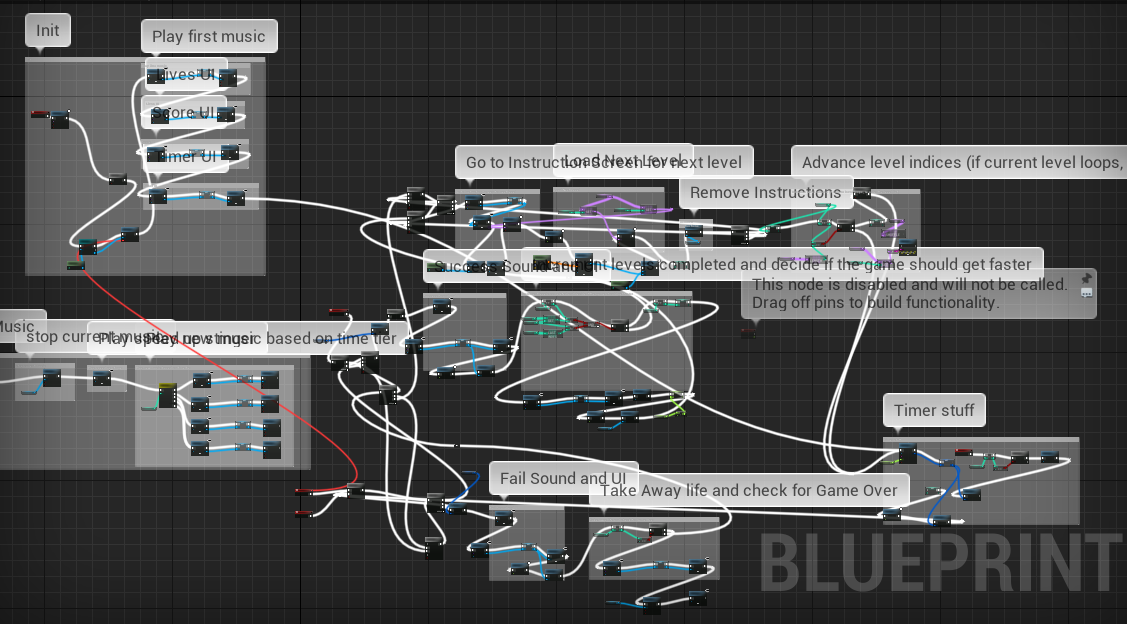 I was using Unreal's level streaming tech for the first time, and probably not in the way that it was intended to be used, so I ran into a few issues there. I got to the point where every time I open the Persistent level all my nav breaks, which is why the lighting is busted in a lot of levels (I didn't want to re-open it to build the lighting because I finally got most things working!). I think I probably could have spent more time in the prep week going through the tutorials properly to figure out what I was doing. For the purposes of the jam, though, I think it worked fine.

Also, when I was setting up the system for the instructions screens that pop up before each level, I toyed with the idea of localizing the game. Since you only have a few seconds to process the instruction before being thrown into the level, it would probably be super helpful for folks to be able to see it in their native language. Unreal seems to have some nice localization tools, and it would have been an interesting part to dig into and learn about. I opted out in the interest of time. Maybe next jam!

My philosophy on game jams is pretty short term. I use them to explore design ideas that I'm curious about, but I've never been one to take a jam game and turn it into a real long term project. Part of that is just time, part is health, and part is having been in the industry long enough to have a more accurate projection of what it takes to make something "real" and balance that against other life priorities.  So I'm super happy with the exploration and how it turned out, but I probably won't do more with it. Maybe add some additional levels if people want to make them.

I do think that as a proof of concept, though, it's pretty great! If someone were to spin off this concept there are several different directions you could go. I could see you making something super silly with wacky scenarios more close to its WarioWare inspiration. I could also see you using it to focus in on drilling specific micro-skills for competitive play. Lots of possibilities!

I also think that the act of working on it is an excellent design exercise. It forces you to think in really constricted moment terms, and makes you feel just how short 5 seconds is, but also just how much you CAN do in 5 seconds.

There were lots of map/scenario ideas that I didn't have time to build levels for that I think would have made good additions. Here are a few of them:

This was a really fun jam that I'm extremely happy with. I feel like I scoped and paced myself just the right amount, and I am extremely grateful to all the talented folks who jumped in and contributed their skills to help flesh out the experience and make it real. If you have any questions about development, I'd be happy to answer them in the comments!